Former Tottenham Hotspurs defender Ledley King has stated that he is happy with the signing of Davinson Sanchez and that he is sure that he will be a wonderful player for the London team. 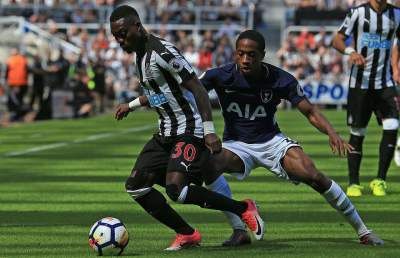 Spurs have signed Sanchez from Dutch club Ajax for a fee that is reported to be around £40 million. Sanchez has been a revelation last season in the Ajax team that reached the final of the Europa league.

King who has played more than 300 games for Tottenham Hotspurs said that this is a wonderful investment for the team and that he is sure that the player will be a favorite with the fans.

He said that he has watched him play a couple of time and that there is no doubt that he will be a major success with the London side.

Ledley King believes that Tottenham Hotspurs have the potential to win the title, but it will all depend on how they cope with both the Premier League and the Champions League. He said that last season they went out of the Champions League at the group stage, and this allowed them to focus on the domestic league but this time around they will want to go as far as they can in Europe.

However, Ledley King believes that there are enough quality and strength in depth in the squad to help them compete in both competitions. He said that it has always been the dream of Tottenham Hotspurs to establish themselves as a top club again and they will have to compete in both tournaments in order to remain in this selective group of clubs.

Tottenham ambassador of football Ledley King says that he is confident that the club can return back to the Champions ...

Tottenham are reported to be interested in Dinamo Zagreb midfielder, Ante Coric. The North London club have gone on to ...